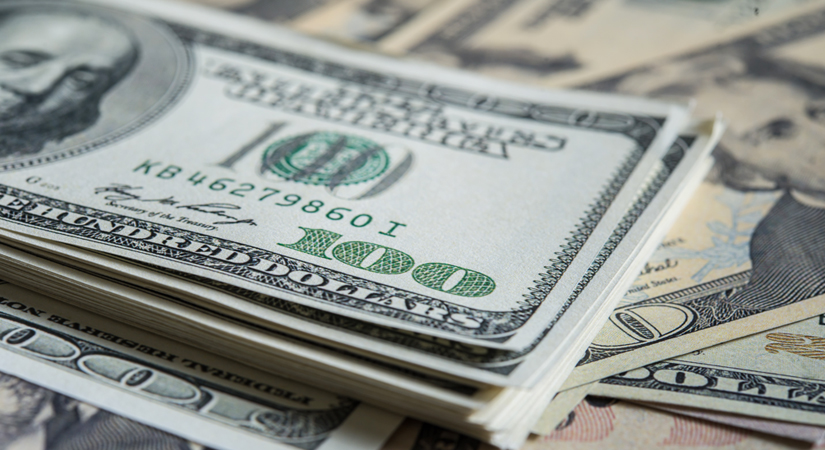 STIMULUS MEASURES and fiscal response to a global coronavirus pandemic added $24 trillion to a record $281.5 trillion in the world’s debt mountain last year, according to the Institute of International Finance (IIF).

Outstanding global debt, which rose by 9.4% year on year, was equivalent to 355% of total economic output in 2020, a 35-percentage point (ppt) increase from a year earlier, it said in a report.

The spike was roughly three times the 10-15 ppt increase experienced by the world at the height of the global financial crisis in 2008-2009, the institute said.

Government support programs accounted for half of the rise, while global companies, banks and households added $5.4 trillion, $3.9 trillion and $2.6 trillion respectively, according to IIF estimates.

“We expect global government debt to increase by another $10 trillion this year and surpass $92 trillion by end-2021,” according to the report.

Although sizable budget deficits were needed to tackle the health crisis, finding the right exit strategy could be even more challenging than after the 2008-2009 financial crisis, it added.

The Philippines’ general government debt probably went up to 48.4% of gross domestic product (GDP) from 37% in 2019, the IIF said.

Filipino households took in less debt last year, with their debt stock easing to 16% of GDP from 16.4% a year earlier.

The government’s debt stock ratio could further rise to 45-55% in the next two years to reach levels during the 2008-2009 financial crisis, Ruben Carlo O. Asuncion, chief economist at UnionBank of the Philippines, Inc. said in an e-mail.

“That it is still manageable and the government’s balance sheet constraints do not pose a heavy debt service burden, meaning the government can still provide a stronger fiscal catalyst in 2021 and beyond,” he added.

Filipinos borrowed less last year either because of belt tightening or they didn’t have access to credit, Mr. Asuncion said.

Bank lending fell for the first time in 14 years in December, dipping by 0.7% year on year to P9.178 trillion.

Among the 48 economies tracked by the IIF, the increase in the total debt ratio was the 11th lowest in the Philippines, after Mexico and Switzerland.

France, Spain and Greece topped the list with the highest estimated increase in debt ratios, while China recorded the largest increase in emerging markets.

The institute said it expected the lower government debt increase in emerging markets compared with mature markets because they struggled with limited fiscal space.

“While some pandemic-related fiscal measures will likely expire in 2021, budget deficits are set to remain well above pre-pandemic levels,” it said.

The Philippines’ total COVID-19 response package, including bond purchases of the central bank, was $35.971 million or equivalent to 9.77% of economic output, according to estimates by the Asian Development Bank.

The government borrowed P2.64 trillion from local and foreign lenders last year, excluding a P540-billion loan from the Philippine central bank that has since been paid.

The government has capped the fiscal deficit to 8.9% of the economy this year, with gross borrowings expected to reach P3.03 trillion.

The state has started working on a plan to bring down the National Government debt stock ratio to 40% from a 14-year record of 54.5% last year.

The IIF said political and social pressures could limit the efforts of governments to bring down deficits and debt ratios, which could risk their capacity to deal with crises in the future including easing the effects of climate change.

No happy endings for cinemas amid coronavirus pandemic

Investa Summit is back and now prepares you for stock market, crypto, NFTs, & new ways to get rich